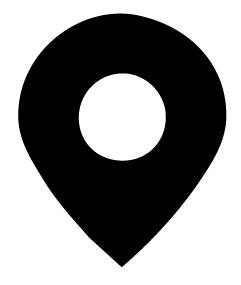 What does “PNP” stand for?

Under Canada’s Constitution, the federal government and each province and territory share the authority to manage the country’s immigration system.

As such, the Provincial Nominee Program (PNP) allows Canadian provinces and territories to nominate individuals who wish to immigrate to Canada and who are interested in settling in a particular province. The only exceptions are the Northern Canada territory of Nunavut and Quebec. Instead, the province of Quebec has the authority to establish its own selection criteria for economic immigration.

The main purpose of the PNP is to spread the benefits of immigration across Canada. Prior to the launch of the PNP in 1998, most of Canada’s immigrants settled in Ontario, Quebec, and British Columbia. Since 1998, however, Canada has seen a broader distribution of immigration across the country since the Prairie provinces (Alberta, Saskatchewan, and Manitoba) and Atlantic provinces (New Brunswick, Nova Scotia, Prince Edward Island, and Newfoundland and Labrador) have enjoyed more success attracting immigrants thanks in large part to the PNP.

British Columbia is the westernmost province of Canada. Situated between the Pacific Ocean and the continental divide of the Rocky Mountains, the province has a diverse geography. It borders the Canadian province of Alberta to the east and the Canadian territories of Yukon and the Northwest Territories to the north. With an estimated population of 5.2 million as of 2021, it is Canada’s third-most populous province. The capital of British Columbia is Victoria and its largest city is Vancouver. Vancouver is the third-largest metropolitan area in Canada; the 2021 census recorded 2.6 million people in Metro Vancouver.

During 2022, British Columbia is promoting PNP (Provincial Nominee Program). Through this stream of immigration, BC Province invited skilled workers and international graduates with a minimum score of 85 points through the Tech stream.

Another interesting option of a PNP application is for health occupations, as BC invited healthcare professionals who may be eligible for the skilled workers programs and more.

So far this year, B.C. has issued more than 3,200 invitations through various BC PNP streams.

About the BC PNP

The BC PNP aims to attract foreign workers who are in high demand in the province and who wish to become permanent residents of Canada.

The BC PNP has two main immigration streams, Skills Immigration and Express Entry, both of which are divided into sub-categories. These streams are managed under B.C.’s Skills Immigration Registration System (SIRS). In order to apply through the SIRS, you are first required to register an account. Once this is done, you will be assigned a score based on factors such as education, work experience, and language skills.

The highest-scoring candidates from each sub-category are then invited to apply for a provincial nomination to apply for permanent residency when British Columbia conducts one of its regular draws.

If you received an invitation you will have 30 days from the date of the invitation to submit a complete application through the BC PNP online system.

Once you submit a complete BC PNP application package you will be notified of the province’s decision within approximately two to three months. If your nomination is successful, you become eligible to apply to Immigration, Refugee and Citizenship Canada (IRCC) for permanent resident status under the Provincial Nominee Class.

The nomination is valid for approximately six months from the date of confirmation.

As a provincial nominee, you may receive an additional 600 points under the CRS and therefore have a score high enough to receive an Invitation to Apply (ITA) during a subsequent federal Express Entry draw.

“Ok4Canada” is an Immigration Agency, located in Israel, that is managed and organized by attorneys at law Michal Kaplan Hachmon & Zohar Caspi Zur, with 20 years of experience practicing law. We specialize in Immigration programs to Canada, and work with a certified immigration consultant (RCIC), representing and accompanying potential candidates in the process of immigration.

Our clients will receive full registration details of our RCIC on the official government Immigration site.

If you are a nurse or a caregiver, and Canada is a dream you want to fulfill, we invite you to take this journey with us. We will personally and professionally escort and guide you throughout this life-changing step, in a way you will feel safe and secure.

To take your free assessment please click here and fill our questionnaire.